The dubstep trio blazes with tracks like “Well Oiled Machine,” “No Room” and “MetROIDS.”  Joining TERRAVITA on “Motive Unnecessary” is Philadelphia newcomer Shannon Swain, who provides a powerful female vocal on this hard-hitting number. There are also instrumental versions of “No Room” and “This Time Its Personal.”  Every track on The Power of Fire is a dance floor burner.

TERRAVITA was formed in 2004 when Chris Barlow, Matt Simmers and Jon Spero joined forces after meeting in the drum & bass scene in New England.  Their first releases were tracks for Maldini & Vegas‘ Bad Taste Recordings and Simon Bassline Smith’s Technique Recordings including the jump up hit “Adult Robot Kung Fu.”  From there, TERRAVITA released several tunes with Subsonik Sound as well as a remix of AK1200‘s rave anthem “Drowning” that hit #4 on the Beatport Drum & Bass Charts.

Now well into 2012, this year is shaping up to be big for TERRAVITA.  The group has highly anticipated remixes coming out for Steve Aoki ft Lil Jon & Chiddy Bang, Yelawolf, Zedd, Bare & Datsik and Bassnectar, and now they will unleash the heat with The Power of Fire plus a coveted spot on the FIREPOWER Tour.

The Power of Fire is available now on Beatport:

Track listing for The Power of Fire is:

Look for TERRAVITA on the FIREPOWER RECORDS tour in these cities:

June 9, 2015 Turnt Life Staff Comments Off on SOUZA BRINGS THE VIBES OF THE LOST REMAINS OF ATLANTIS TO EDM 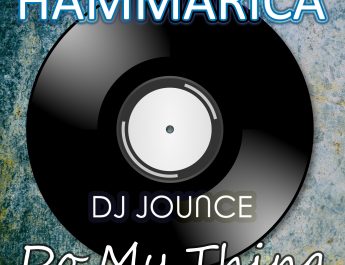 DJ JOUNCE – DO MY THING | OUT NOW ON HAMMARICA!

LUCA DRACCAR STRETCHES THE BORDERS OF IMAGINATION AND TECHNO

March 12, 2020 Turnt Life Staff Comments Off on LUCA DRACCAR STRETCHES THE BORDERS OF IMAGINATION AND TECHNO

March 12, 2020 Turnt Life Staff Comments Off on LEWIS MONBARN IS A SONIC CANVAS OF ONE PRODUCER’S LIFE STORY THAT CAPTURES OUR OWN